This guide will make it possible to block SSH access to your server based on the origin of the IP trying to access it!

First and foremost, I need to give credit where it is due. This method is a modified and combined version of these two approaches to achieving this, so most of the credit goes to them:

Setting up the MaxMind GeoLite2 Database

The first thing we need to do is get yourself a copy of the MaxMind GeoLite2 Database. This will allow the detection of the Country of origin of IP addresses that try to access your Server. You can follow the first bit of instructions from the post “Blocking countries with GeoLite2 in Nginx using the LetsEncrypt Docker container” found here.

As the database gets updated regularly, it’s a good idea to automate downloading the database. The above linked post covers that for Unraid, so you can follow those instructions. If you’re not using Unraid, just create the script and create a cronjob manually.

Setting Up GeoIP Blocking for SSH

Now that the database for the IP lookup is in place, we can move on to configuring the use of the lookup to deny SSH access to the Server based on the Country the IP is associated with.

We will need to install two packages to get this all working. The first one is the command-line tool for performing the IP lookups, mmdb-bin. The second one is a modified grep utility, called grepcidr, for CIDR notated IP addresses, IE: 192.168.1.0/24. On Ubuntu 18.04, you can do this with the following command:

Next, we will setup the script that performs the lookup of the IP address that is attempting to access your Server to determine the Country that it’s coming from. Create the script wherever you would like, but make sure it’s easy to remember as we will need it for another step, IE: /home/tronyx/scripts/ssh_filter.sh. Paste in the following code to create the script:

Make sure to put the country codes into the allow for any Country that you want to allow access from, especially the Country that you live in, so that you do not lose access to your Server. You can find a list of all of the country codes HERE. If you would like, you can add your public IP address to the whitelist, if your server is remote, to ensure you never get blocked, but you shouldn’t be blocking the Country where you live anyway. Make the script executable with the following command:

Now that we’ve got all of the requirements in place, we can test the script to make sure that it’s doing what it’s supposed to. We can do this by running the script against some IP addresses from Countries that we’ve configured the script to block and allow. I am located in the US, so I’m going to first test the IP of one of Google’s DNS Servers:

Looking at the at the /var/log/syslog file, I see that both IP addresses were denied:

A user that was trying to connect to your Server via SSH from a Country that you’re blocking would simply see that the connection was closed or that it was unable to be established, like this:

When accessing SSH from an IP address that you’ve added to the whitelist, the entry in the /var/log/syslog will look like this:

Congratulations, your Server is now denying SSH connections based on the Country in which the IP address is associated! 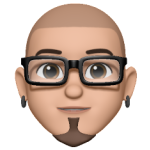 How to setup Cloudflare and fail2ban with automated “set_real_ip_from” in nginx

If you enjoy my content and want to help out, buy me a coffee 😊

Buy me a coffee
Frontend

How to add a custom login page for Unraid!

As I said in my previous post, I have for some time now been creating css themes/skins for different applications that reside in...

How to add dark mode to any app with this one simp...

Developers hate me for sharing this one weird trick!

A couple of weeks ago I saw someone posted an article on on the LinuxServer discord describing how to send geo data statistics...

How to setup a Ghost blog with swag/letsencrypt an...

Now, I don’t really have any issues with WordPress, I like it. But It’s always fun to try something new to see if...

Dark theme all the things!

A collection of themes/skins for your favorite apps.

How to add email notifications to Fail2ban